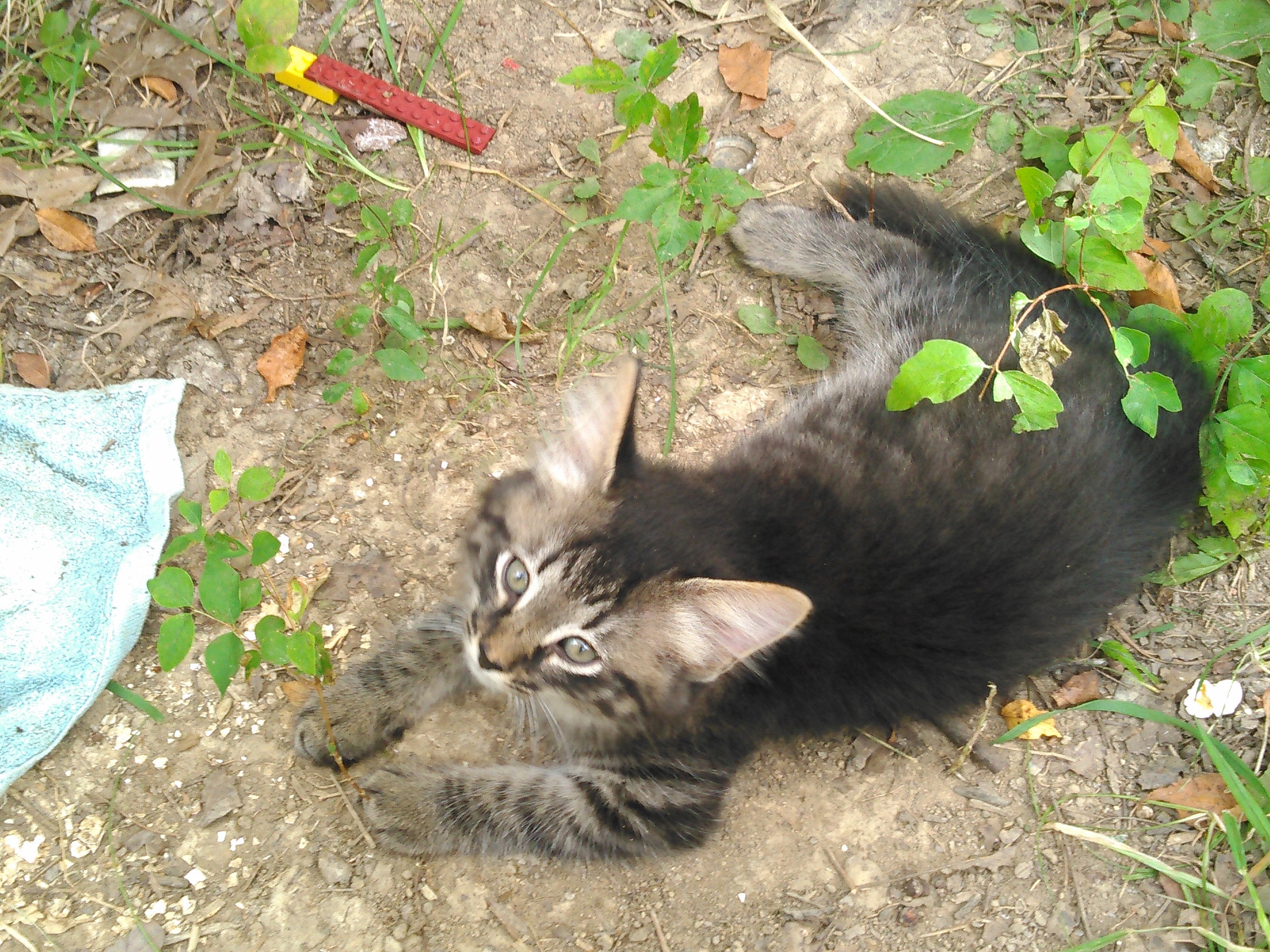 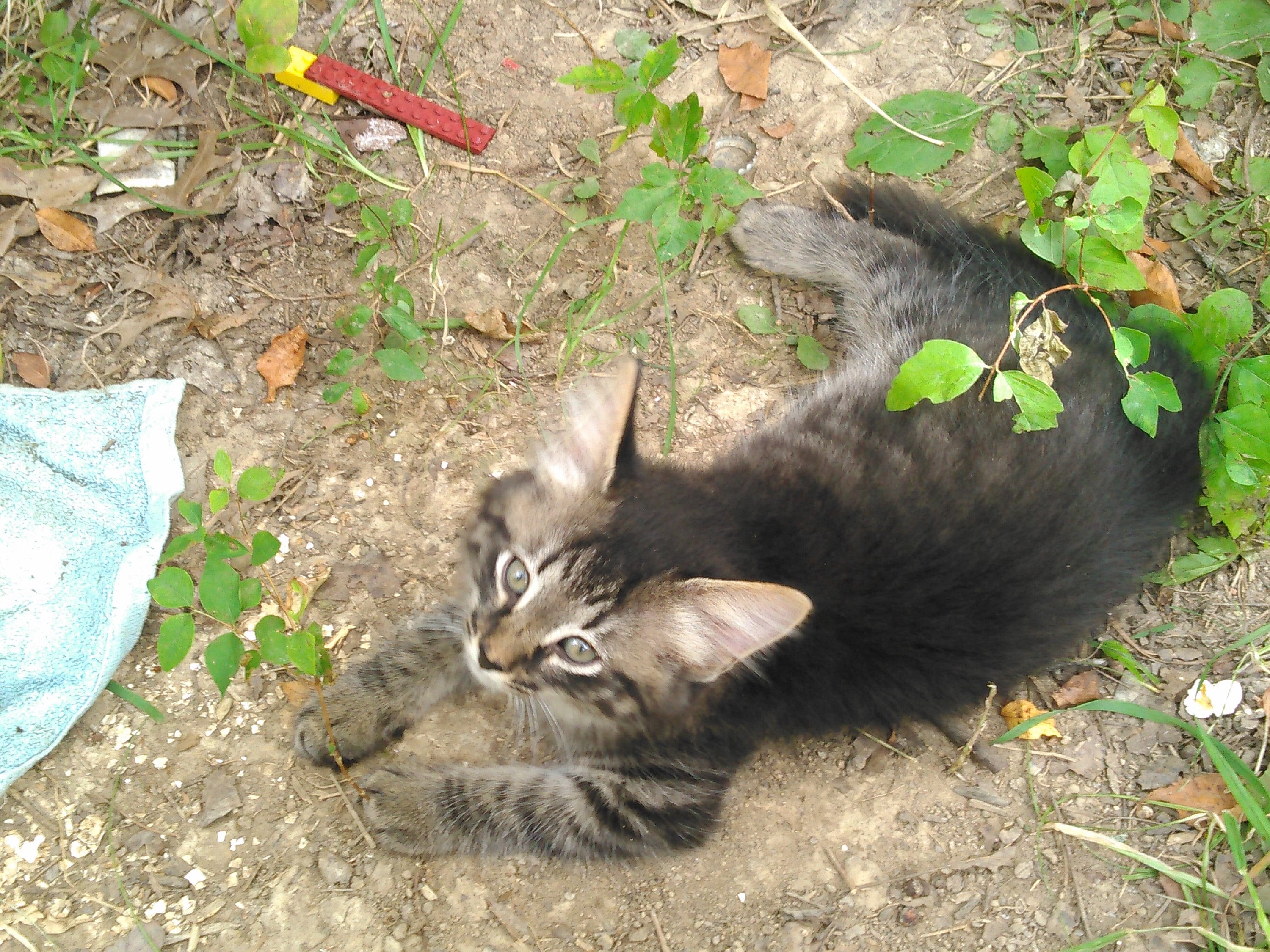 Oh, those kittens I showed you a few weeks ago. They're still with us and they've grown. The kitten above is going away (to a very good home, with some very sweet girls), but the other 3 are staying. We've named them. We've socialized them. They're part of the family.

Would you like to know more? Of course, you would! It's kittens!!

Kitten Number One is a kitten we've named Lionel. She's the alpha kitty. She is always first to try anything new. And she's the most sociable.

Kitten Number Two is named Stonewall. She's a fluffy grey tabby who kind of lurks in the background while the other kittens are getting petted and fed. She'll let you pet her, but she acts like she's doing you a huge favor.

Kitten Number Three is Mini. She is so named, because she's the runt of the litter and she looks exactly like a miniature version of her mother. She's a little bit hyper and she's terrible at climbing, but maybe she'll grow into her cat-ness.

And Kitten Number Four has been known to us as Captain Haddock (when we thought she was a boy), but her sweet new owners will probably change her name to something more feminine. She looks a bit like Tom Kitten's sister, Miss Moppet, so maybe she'll get a Beatrix Potter-esque name.

By the end of the summer, we hope to have some bunnies and chicks, so I'll be sure to share their stories as well. 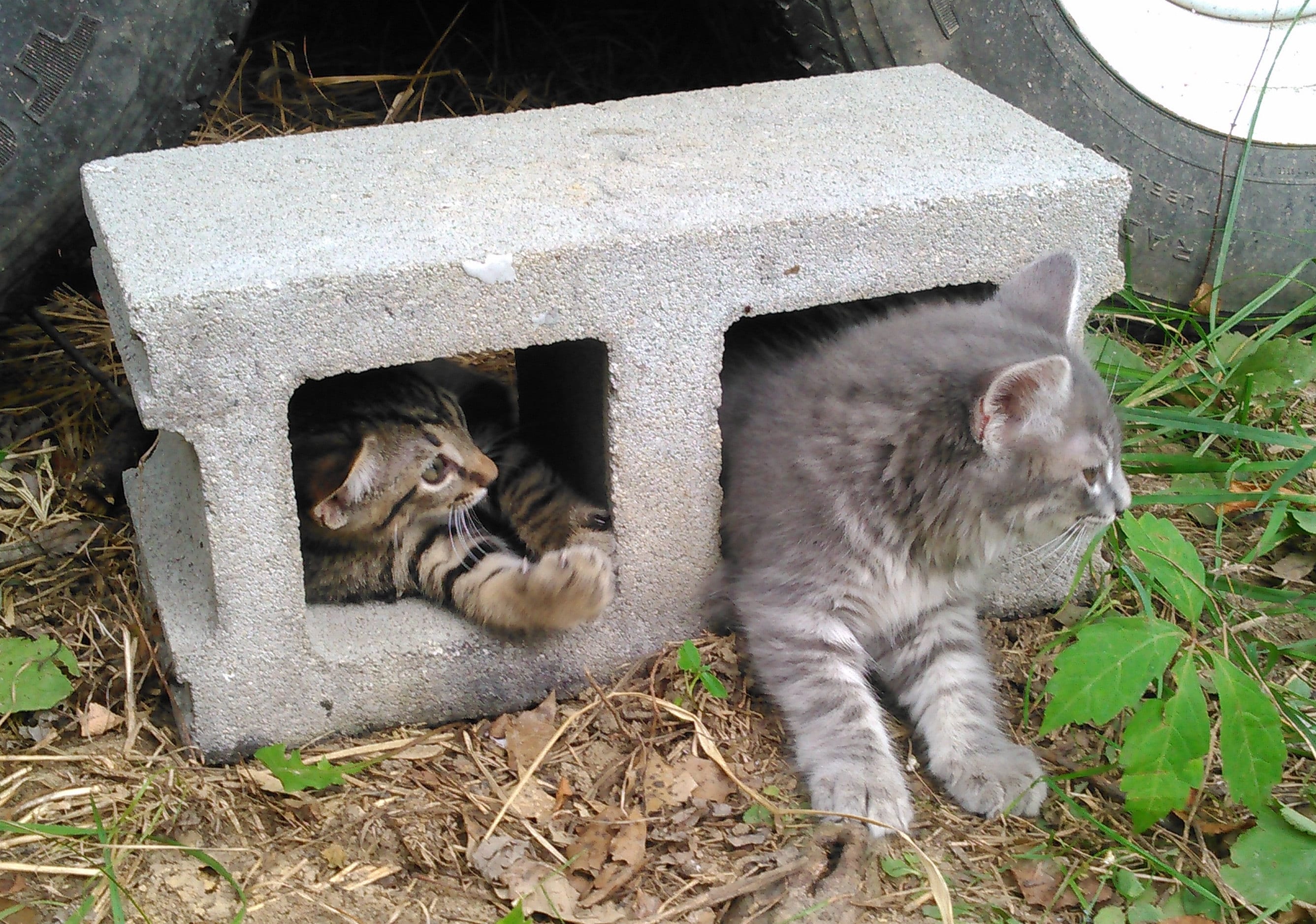